President John Fitzgerald Kennedy, our chief of the stars and moon set high standards for the office of President of the United States.  Though some contenders may have begun with the illusion of coming close, none but perhaps Reagan in my opinion have been able to remain anywhere near the ballpark.

Some of the problems evident with recent Presidents involve lobbyists and choices that compromise our nation’s food supply, and consequently our health. For instance:

In comparison, JFK was: 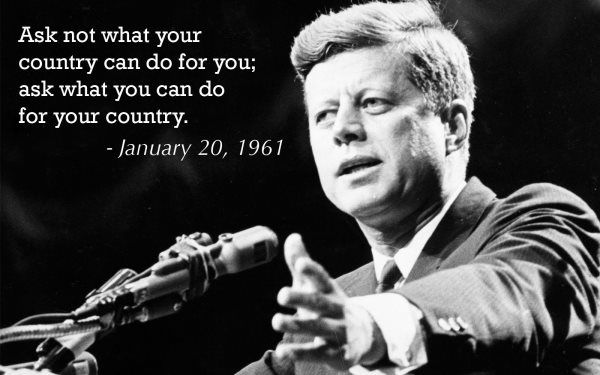 Welcome to the Wecologist, your source for health & environmental intel. If you have health concerns, chances are they're linked to environmental conditions found within our air, water, and food supply. These conditions affect all people, animals, and ecosystems around the world. Exactly how much environmental health is intertwined with our daily lives cannot be overstated. Get the facts and information you need now to help improve your life and those you love.